Imagine this ridiculous scene: You go to a doctor with some slightly worrying set of symptoms in the hope that he or she can reassure you or at least throw some light on what ails you. However, on this particular day your doctor refuses to do anything but answer questions. She (let’s say) has a huge wealth of medical knowledge that would be very useful to you but she refuses to share it unless you ask the right question. Ridiculous I hear you say. No one would behave like that! But actually, this is exactly what most novice interviewees do in a media interview. They just answer the question.

Don’t just answer the question: know what you are there to say

In our book, media interviews should never be about just answering questions. You should arrive at the microphone or in front of the journalist knowing what you are there to say. This is absolutely not to say you should ignore the journalists’ questions. That is really annoying for both the journalist and any audience.

Of course, it is clear to all PR professionals that working out what the interviewee is there to say is not so straight forward. Why knowing what to say is not so simple

Firstly, if the identified senior business executive spends most of his life talking to colleagues or fellow professionals, he will likely assume knowledge that a general audience doesn’t have and use jargon and technical language that is inappropriate.

Second, he will almost always forget to fill in the context. It is another version of assuming knowledge. One of my training colleagues likes to say ‘don’t forget to state the blooming obvious’.

Thirdly, in business, if you talk to a general audience about making money you are not going to get a good hearing. In the UK making money, whilst necessary, is thought to be a rather grubby activity.

And actually, it is probably not the important point. In fact, most business people spend most of their time worrying about doing a good job for their customers, they only think about costs and margins when talking to the boss. The problem is, if they treat the journalist as they would a grilling from the boss they will come across as hard-hearted and grasping rather than on the side of the angels. (There is an exception to this for financial and investment media who think making money is good. As we all know you have to tailor the message.)

So, any spokesperson has to be helped to build a narrative that tells the story that needs to be told. That story needs to be rehearsed so they show up at an interview knowing what they are there to say. If they don’t they will just answer the questions.

And then they must be able to take the opportunity opened by a journalists question to land a message – but do this in a credible way. Credibility and likeability are the holy grail here. Who does not have this ability?

• Theresa May. She ignores questions and lands her message without credibility.
• Donald Trump. He usually has no message and makes up a new one in response to the question. Alternatively, he trots out some tired platitude such as ‘Making America great again’ which works for him it seems but is not a strategy we endorse.
• Most Friday Boss participants on Radio 4’s Today programme. They rarely get beyond answering the question.

Who does have this ability?

• David Davis. Generally brilliant at answering the question but then moving to what he wants to say.
•  John McDonnell. Also brilliant these days in the toughest of interviews.
• Nigel Farage. You don’t have to agree with anything he says to know he is an excellent political communicator.
•  Nick Clegg. Continues to impress despite the tide of history turning against him.
• From the business community, Sir Martin Sorrell is always a prepared and credible interviewee.

We think most media trainers – our competitors – just prove how difficult media interviews can be. We constantly work with our clients to help them identify the messages and then codify them in a way that can be easily remembered in the interview.

If you watch or hear examples of bad (or brilliant) interviews do let us know. We are always looking for examples to use in our training. 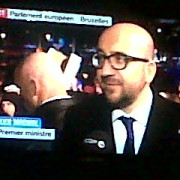